A treasury of inspiration and transformation making a better YOU

For our purpose of systematic understanding let’s just simply take a look at this patch of conversation between two pretty nice friends,..ADE and KEMI.
Ade ~ it’s a good morning to you Kemi.. it’s cools
Kemi ~well, I consent, but as well disagree,, consent just simply to avoid turning down your greeting, and I disagree because there’s absolutely nothing good about the morning.. I feel disgusting and uncertain
Ade ~ well,, I think everything about the morning is good, including your disagreement! ! !
Kemi ~ my disagreement ?? You sound pretty optimistic, not reactive but yet my disagreement is nothing but my opinion
Ade ~ what you just called a mere opinion has almost polluted my own mind too,, in fact,, in the real sense there isn’t anything too good, about the morning but only said it to create a reality for myself… I’M CLAIMING THE OPPOSITE OF MY EXPERIENCE..
Kemi ~ interesting !! Do you mean, even if you were bed ridden with sickness you’d still claim a good morning.. That shows how positive you’re..I REALLY WANT TO BE LIKE YOU..
well, the last statement made from that, simple and commonly structured conversation, drives a lot of importance.. EVERYBODY ADMIRES GOOD QUALITIES, IN GREAT MEN, and wants to be like them.. I’ve met people who frantically expresses their intense desire to be as successful as Bill gate, Malcolm X, bishop oyedepo ,Martin Luther King, Lionel Messi and the likes,, but unfortunately WE ARE ONLY FULL OF WISHES AND NEVER ACTIONS,, it’s nice to invest your admiration into being like others you see a role model in, but it’s nicer to be ready to pay the price.. whether you believe me or not.. GREAT MEN DO THINGS OTHER MEN WISH THEY COULD DO.. it’s the doing that makes them tagged GREAT MEN,,, but it’s the wishing that makes others tagged ordinary men. I believe there’s a burning desire within you to break forth out of the status quo, your comfort zone and your daily routine, to forge a bold step into doing new things YOU HAVE ALWAYS WISHED.. Kemi has just the same capacity or even more to think as positive as Ade, after all, they both have minds to belief right.. I’ll like you to examine your life more closely and determine to rise above mere wishes and move into real actions… Remember..if the words of the Bible were wishes of God to his creature, then it would be unbelievable…. Now ask yourself are you living, believing or living unbelieving.. Don’t wish to answer the question… Do answer it…. 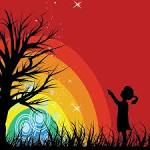